To share your memory on the wall of Bart Babcock, sign in using one of the following options:

He was born in Port Huron, Michigan on July 9, 1940, son of the late Wendell and Betty (Bradbee... Read More
William Bartrem Babcock

He was born in Port Huron, Michigan on July 9, 1940, son of the late Wendell and Betty (Bradbeer) Babcock.

Bart graduated from Yale High School in 1958 and was an active member and usher at Lakeport Wesleyan Church. He was a long time farmer of various crops, beef and was a feed salesman for Swift Feeds. Bart was an avid deer and turkey hunter and liked playing cards. He was a passionate member of the NSSA, a Civil War reenactment group. Bart enjoyed coaching street hockey and girls softball teams, and he also played for the Cincinnati Reds farm baseball team. Most importantly, he loved spending time with his family.

He was preceded in death by brothers-in-law, Dave Ramsey and Ronald Hutchings; nephew, Chris Ramsey; and mother-in-law, Lillian Hutchings.

Interment and graveside services will be held on Monday, June 8, 2020, at Burtchville Township Cemetery at 11:00 a.m. Pastor Drew Mills of Lakeport Wesleyan Church will officiate. Arrangements were entrusted to Smith Family Funeral Home of Port Huron.

Memorials are suggested to Lakeport Wesleyan Church or to the donors choice of charities.

To send flowers to the family or plant a tree in memory of Bart Babcock, please visit our Heartfelt Sympathies Store.

Receive notifications about information and event scheduling for Bart

We encourage you to share your most beloved memories of Bart here, so that the family and other loved ones can always see it. You can upload cherished photographs, or share your favorite stories, and can even comment on those shared by others.

Posted Jun 17, 2020 at 07:06am
I recently was thinking of all of you and the lake cottage so googled and found Barts recent obituary. My deepest sympathies to all of you. Bart was such a loving father. I remember sleeping over, we couldn’t have been very quiet, and he would be up before the sun to head to the farm. Great memories of all of you. I would love to visit some time to express my condolences in person on behalf of my dad, Gary, and myself. My mobile is 248-561-8899. Michelle Dotson Behrman
Comment Share
Share via:
MM

Posted Jun 10, 2020 at 09:06am
To Pat & The Girls,
I'm sorry to hear the news of Bart's recent passing. So many great memories with your wonderful family. I send my sincere condolences to the entire family and you will all be in my thoughts and prayers during this difficult time. Hold onto the great memories and you will find comfort knowing that you were loved by a great man. RIP Bart, you will be missed.
- Marty McNabb
Comment Share
Share via:
ET

Posted Jun 06, 2020 at 09:44am
To Pat and family,
Our deepest condoléances. We lost a good friend, a tall man with a soft voice, always happy, with who we shared many stories, experiences , played cards and shared many meals. From your Canadian friends, Chantal & Norm ❤️❤️
Comment Share
Share via:
DJ

Posted Jun 05, 2020 at 10:32pm
Hi Pat,
We're so sorry to read about Bart's passing. I hope God will comfort you and your family and know that we are praying for you. Since my great grandmother was a Babcock, it seems to even be closer to have known you folks. May God bless you all and let you find peace during this time .
Love you,
Don and Jean Perry
Comment Share
Share via: 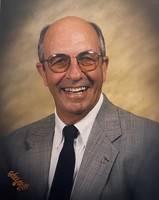