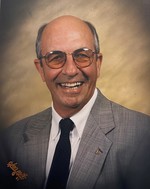 He was born in Port Huron, Michigan on July 9, 1940, son of the late Wendell and Betty (Bradbeer) Babcock.

Bart graduated from Yale High School in 1958 and was an active member and usher at Lakeport Wesleyan Church. He was a long time farmer of various crops, beef and was a feed salesman for Swift Feeds. Bart was an avid deer and turkey hunter and liked playing cards. He was a passionate member of the NSSA, a Civil War reenactment group. Bart enjoyed coaching street hockey and girls softball teams, and he also played for the Cincinnati Reds farm baseball team. Most importantly, he loved spending time with his family.

He was preceded in death by brothers-in-law, Dave Ramsey and Ronald Hutchings; nephew, Chris Ramsey; and mother-in-law, Lillian Hutchings.

Interment and graveside services will be held on Monday, June 8, 2020, at Burtchville Township Cemetery at 11:00 a.m. Pastor Drew Mills of Lakeport Wesleyan Church will officiate. Arrangements were entrusted to Smith Family Funeral Home of Port Huron.

Memorials are suggested to Lakeport Wesleyan Church or to the donors choice of charities.