To share your memory on the wall of Charles Buhagiar, sign in using one of the following options:

Print
71 of Fort Gratiot, MI, passed away on December 7, 2019, after a long battle with pancreatic cancer, with his wife Joy, of 42 years, at his side.

Charles graduated from Chadsey High Schoolin Detroit, focusing his studies in the Commercial
Foods Department. He went on to earn a Bachelor of Science in Education degree at Wayne State Uni-
versity, and degrees of Master of Arts, Masters +30, and Early Childhood (ZA) Endorsement from Central Michigan University.

Charles filled his summers working as a Camp Licensor for the State of Michigan for almost 30 years, and proudly visiting all 30 MLB ballparks with his wife and best friends Todd and Vicky Summerer.
Charles married Joy Ellen Sinischo on June 10, 1977. They were fortunate to make their home, and raise their children, on Lake Huron, enjoying the sunrise, the sound of the waves, and many years of family fun and memories.

Charles was preceded in death by his parents and brother Stephen.

In lieu of flowers, memorial contributions can be made to the Rogel Cancer Center Fund at the University of Michigan, Ann Arbor.
Read Less

To send flowers to the family or plant a tree in memory of Charles Joseph Buhagiar Jr., please visit our Heartfelt Sympathies Store.

Cara, Pat, and the Boys sent flowers to the family of Charles Joseph Buhagiar Jr.
Show you care by sending flowers

Cara, Pat, and the Boys

Cara, Pat, and the Boys purchased flowers for the family of Charles Buhagiar. Send Flowers

Posted Dec 17, 2019 at 09:27pm
Charles was the man who recommended me for the boys track and cross country job at GPN. While we did not know each other before I started at North, we quickly became the best of friends. He and I shared so much over the years. I will always keep him in my heart.
Pat Wilson
Comment Share
Share via:
C

Posted Dec 16, 2019 at 09:29am
Charlie and I became friends back in the mid seventies, even shared a cottage on the Lake the year before and up until he and Joy married. Always enjoyed bumping into him, his smile and conversation always left me feeling good. But the last time I saw him, I knew something wasn’t right. Thoughts and prayers to Joy and family.
Comment Share
Share via:
M

Posted Dec 14, 2019 at 03:35pm
Coach Buhagiar lived and displayed what he expected from us athletes: class, integrity and character. He was my cross-country and track coach at GPN. Coach Langadock was his assistant and just as dedicated. Buhagiar was very disciplined, tough but fair. He treated us all equally with dignity and respect, even when he was disappointed in our performance sometimes. He gave his best for us, and expected our best also. He believed in each one of us runners and pushed us to believe in ourselves and our abilities. He encouraged us to develop our full potential and equally prioritized both academic and athletic excellence. What an inspiring leader and role-model! I still run because of his influence. I admired his faith too. He prayed with us before every race: "God grant us strong minds that we may run an intelligent race, strong hearts that we may run a valiant race, and strong legs that we may run a swift race". Coach, as I grieve your passing, your memory is forever ingrained in my heart!! May you rest in peace and may perpetual light shine upon you!

Posted Dec 12, 2019 at 09:43pm
Coach B was my track and x-country coach at GPN and I will never forget one day at practice, when we were not doing our best.....as he read the quarter mile times...... 2 years, 9months, FOUR DAYS LATER come bellowing out from him. I still use that today when my kids are dragging in the morning and I love him for all the amazing life principles he taught me. I was able to live out a dream and coach with him 20 years ago before he retired from GPN! It was so inspiring to work with him every day for those three seasons. I still have the relay baton from 1984 when my sister, Amy Dornbrock, Stacie Williams and Sue Roland broke the school record in the 4x200 at State Finals. Thank you Coach for all you did for me and every athlete you came in contact with! You gave everyone a reason to never quit! Rest in peace!
Comment Share
Share via: 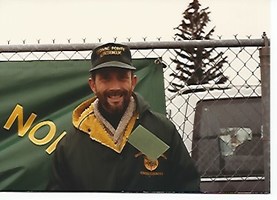 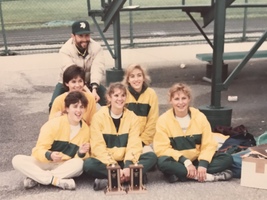 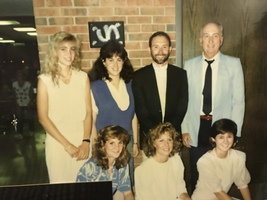 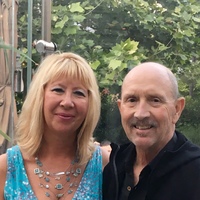