To share your memory on the wall of Charles Karl, sign in using one of the following options:

On June 23, 1951, Chuck married the love of his life, Marguerite “Theresa”
McKillop at St Stephen’s Church in Port Huron, Michigan. Together they raised a
family and enjoyed 65 years of marriage together. He was a kind husband and
father who loved to spend time with his family.

Chuck served in the United States Navy during WWII aboard the USS
George F. Elliott (AP105) and the USS Cetus K77. On the USS George F. Elliott
Chuck earned four battle stars for World War II service, the Presidential Citation,
and a Second-Class Carpenter rating. Chuck used his naval skills throughout his
life to build two homes for his family, and to help family and friends with many
projects. At age 89 he was still hanging and taping drywall, gardening, and doing
repair work.

Chuck was employed at Mueller Brass in the Marysville plant for many
years as a laborer and was often called upon to fix machinery. He retired in 1987.
In retirement, Chuck most enjoyed spending time with his family. He liked
to hunt for bargains, gifts, and dapper clothing at JC Penney.

Charles was preceded in death by his wife, Theresa, his grandsons, Jason A.
Schneider and Jeffery M. Karl, his parents, his brothers, Stanley, Harold, Allen,
Leo, Emery and sisters, Agnes, and Mary. In addition, many dear sister and
brother in-laws, nephews and nieces.

The family honors the memory of Charles and invites you to share memories on Monday, November 11th, 2019, from 10:00 a.m. to 11:00 a.m. at Cornerstone Church, Clyde Township. A funeral service will begin at 11:00 a.m. Pastor Joe Linert will officiate. Interment will take place on Tuesday, November 12, 2019, at 2:30 p.m. at Great Lakes National Cemetery in Holly, Michigan.

Memorials are suggested to the Disable Veterans of America.

To send flowers to the family or plant a tree in memory of Charles Frederick Karl, please visit our Heartfelt Sympathies Store.

Posted Nov 10, 2019 at 11:06pm
From the family of Elizabeth Collins-Denise&David Smith/Steve&Tammy Collins/Alice Hughes/KevinCollins&Rosa Moreno. RIP Uncle Chuck, we will miss you!!

Posted Nov 07, 2019 at 04:24pm
Remembering your loving family and "Charles Chuck Karl" in our minds and in our hearts.

Flowers were purchased for the family of Charles Karl. Send Flowers 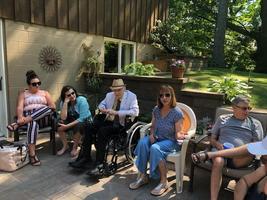 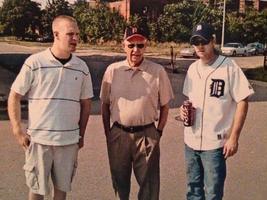 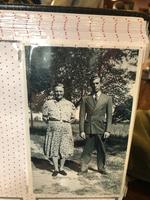