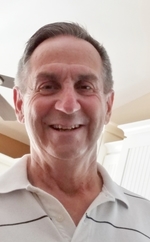 He was born in Allegheny County, Pennsylvania on June 13, 1953, son of the late George and Evelyn (Denardo) Lockwood.

David and Gloria loved camping and took many trips together. He liked golfing, fishing, working outside, and tinkering with things. David was a health conscious man. He had a heart condition for most of his adult life. David and Gloria moved to Port Huron, Michigan following her retirement to be closer to their family.

David was preceded in death by his parents,George and Evelyn Lockwood; son, James Ashton Lockwood whose life was taken in September of 2007 by a drunk driver at the age of 21.

Memorials are suggested to the American Heart Association.