To share your memory on the wall of Donald Gardner, sign in using one of the following options:

Print
Donald M. Gardner, 76, of Burtchville Township, went to be with his Heavenly Father on Saturday, April 18, 2020, at his home peacefully with care provided by Seasons Hospice and his loving family.

He was born in Fremont Township, Michiga... Read More
Donald M. Gardner, 76, of Burtchville Township, went to be with his Heavenly Father on Saturday, April 18, 2020, at his home peacefully with care provided by Seasons Hospice and his loving family.

He was born in Fremont Township, Michigan on January 24, 1944, son of the late Frank and Alta Gardner.

Donald was in the farming business for many years as well as construction management, and gas and oil wells. He set high ambitious goals for himself as he had an amazing gift to invent and create as shown by his innate ability to fix almost anything that involved engines and moving parts.

Donald attended Michigan State University with a focus in the area of Agriculture. He maintained a strong unwavering faith and love for his Heavenly Father and enjoyed attending several spiritual conferences a year with his wife. Those that knew him were also exposed to his funny sense of humor and mischievous pranks.

He is also preceded in death by his siblings Edsel Gardner (Marion), Hubert Gardner, and Donna Ostrander.

There will be a memorial service for the family in the near future in memory of Donald. Arrangements were provided by Smith Family Funeral Home of Port Huron.

To send flowers to the family or plant a tree in memory of Donald Marvin Gardner, please visit our Heartfelt Sympathies Store.

Receive notifications about information and event scheduling for Donald

There are no events scheduled. You can still show your support by sending flowers directly to the family, or planting a memorial tree in memory of Donald Marvin Gardner.
Visit the Heartfelt Sympathies Store

We encourage you to share your most beloved memories of Donald here, so that the family and other loved ones can always see it. You can upload cherished photographs, or share your favorite stories, and can even comment on those shared by others.

Posted Apr 22, 2020 at 06:44am
Nancy ,I am so sorry for your loss. Just know that my Prayers are with you and your Family at this time .
Comment Share
Share via:
NG 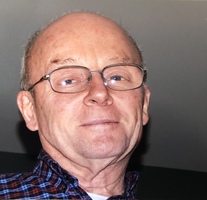