To share your memory on the wall of Donald Weston, sign in using one of the following options:

Print
91, of Kimball Township, went home to be with the Lord on Sunday, January 12, 2020. Don spent his last few days surrounded by family and friends and passed away peacefully in his home with family by his side.

Donald Glenn Weston was bor... Read More
91, of Kimball Township, went home to be with the Lord on Sunday, January 12, 2020. Don spent his last few days surrounded by family and friends and passed away peacefully in his home with family by his side.

Donald Glenn Weston was born in Yale, Michigan on November 14, 1928, son of the late William and Rachel (Kelly) Weston.

As a young man, Don left home as a Merchant Marine and sailed the Great Lakes to help support his family during the depression. He then worked for the City of Port Huron before starting Don's Tree Service, which he operated with his wife Yvonne and son Scott. Don's Tree Service, later named Weston Tree Service, has been in business for 58 years. Donald was a longtime member of the Elks Lodge #343 in Port Huron and was selected as “Elk of the Year” in 2001 for his active participation in the club. Don was baptized at the age of 90 and lived out his last days in total peace knowing that Heaven would be his forever home. Don loved life. He will forever be known for his contagious laugh and his gift of telling jokes and the stories of his many adventures. Don was a loyal friend and had a heart of gold. Don was generous and humble; it will never be known how many people were impacted by his generosity.


The family honors the memory of Donald and invites you to visit and share memories on Wednesday, January 15, 2020, from 2:00 p.m. to 8:00 p.m. at Smith Family Funeral Home-Hancock Street. A funeral service be held in the funeral home on Thursday, January 16, 2020, at 11:00 a.m. with a visitation beginning at 10:00 a.m. Pastor Jeff King of Restoration Station will officiate. Interment will take place at Kinney Cemetery in Clyde Township.

Memorials in honor of Donald Weston can be made to Harbor Impact Ministries.

To send flowers to the family or plant a tree in memory of Donald Glenn Weston, please visit our Heartfelt Sympathies Store.

Receive notifications about information and event scheduling for Donald

We encourage you to share your most beloved memories of Donald here, so that the family and other loved ones can always see it. You can upload cherished photographs, or share your favorite stories, and can even comment on those shared by others.

Jackie,Jeffery,Jennalyn,Jake, and Luke and Lawry Family. Marie, Diane, Charles, and L sent flowers to the family of Donald Glenn Weston.
Show you care by sending flowers

So sorry to hear about Donnie's passing he was a great man , with a great sense of humor he will be missed by many I missed not seeing him out working or at the elks over the years one of the hardest workers I knew my he rest in peace.
Tim Conroy

Posted Jan 15, 2020 at 09:07pm
Rest in Peace my dear friend . You will be greatly missed. Such a wonderful person I met at the Elks over 24 years ago.
Jan Wyllie
Comment Share
Share via:
B

Jackie,Jeffery,Jennalyn,Jake, and Luke purchased flowers for the family of Donald Weston. Send Flowers

Posted Jan 14, 2020 at 12:09pm
There was only one Uncle Don. I will always remember his laugh with a smile!! Lots of good memories!! Even when I hit the boat water skiing!! Say hi to Aunt Evie for me! Love you forever!! Russ
Comment Share
Share via: 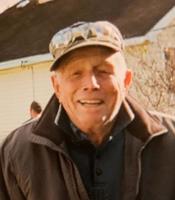 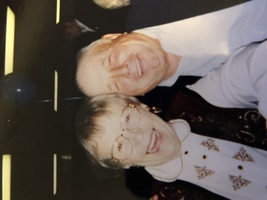