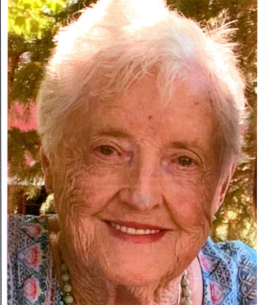 On Sunday, June 12, 2022, Dorothy Burgess Story Wooster, loving mother, grandmother and great-grandmother, passed away at the age of 89, in Port Huron, Michigan.

Dorothy enjoyed dancing, cooking and being with family and friends. She was a devout Christian and enjoyed going to church.

Born in Dickson County Tennessee, Dorothy worked at the Henry I. Seigel Pants Factory before marrying Grover Donald Story, in 1955. They raised a son, Michael, and a daughter, Carol (Gunn). Being in the Air Force, they made their home in various locations in the USA, retiring to Tennessee.

Donald passed in 1982 and Dorothy remarried Howard Wooster in 1985 making their home in Clarksville, TN. After Howard's passing in 1998, Dorothy remained in Clarksville until 2015, when she moved to Capac, MI.

She is survived by her children, Michael Story and Carol Gunn; six grandchildren; six great-grandchildren; and brother, Hugh Burgess.