To share your memory on the wall of Edwin Schultz, sign in using one of the following options:

Print
98, of Port Huron, passed away on Monday, December 23, 2019, at McLaren Port Huron Hospital surrounded by his loving family.

He was born in Sanilac, Michigan on October 7, 1921, son of the late George and Martha (Petrick) Schultz.
... Read More
98, of Port Huron, passed away on Monday, December 23, 2019, at McLaren Port Huron Hospital surrounded by his loving family.

He was born in Sanilac, Michigan on October 7, 1921, son of the late George and Martha (Petrick) Schultz.

His given name is Edwin, but he has been "Salty" since the former Times Herald sports editor Fred Vincent wrote he was no bigger "than a pinch of salt" while describing a middle school city championship basketball game that Salty scored the winning basket.

He married Virginia Chadwick on April 16, 1943. She passed away in February of 2002 after 59 years of marriage. He and his wife enjoyed living in Florida during the winter months.

Salty entered the military in November of 1943 serving in the Army. He was wounded in 1945 while serving in Bastogne (Belgium) in the Battle of the Bulge under General George Patton. He was awarded the Silver Star and a Purple Heart. He was one of the oldest World War II veterans in the Blue Water Area.

After serving in the military, Salty worked at Mueller Brass. He retired in 1986 after 46 years.

Salty and his wife Virginia had two children. Their daughter Pamela Carlisle who still resides in Port Huron. Their son David C. Schultz was killed in action on May 4, 1968 while serving with the Army in Vietnam.

Salty enjoyed playing poker, golfing, fishing, and having a beer with his buddies at the American Legion Post #8. He also enjoyed watching the Detroit Tigers ball games with his sister Eleanor.

He loved his family very much and was always there for his family. He was a very special father, grandfather, and great-grandfather. His family has been very blessed to have had him for 98 years.

He is survived by his daughter, Pamela Carlisle; grandchildren, William D. (Harmony) Carlisle, Corey W. (Cheryl) Carlisle, and Chadwick F. Carlisle all of Port Huron; great-grandchildren, Jordan Carlisle, Melanie (John) Peters, William Carlisle, and Brandan Carlisle; great-great-grandson, Landin Peters; as well as many nieces and nephews.
He was preceded in death by his two sisters, Eleanor Goldsworthy and Leona Orr; and his son-in-law William Carlisle (December 2019).

The family honors the memory of Edwin and invites you to visit and share memories on Monday, December 30, 2019, from 12:30 p.m. to 1:30 p.m. at Smith Family Funeral Home-Hancock Street. A funeral service will begin at 1:30 p.m. Senior Pastor Mark Wargo of Cross Current Church will officiate. Interment will follow at Lakeside Cemetery in Port Huron with military honors conducted under the auspices of the St. Clair County Allied Veterans Honor Guard.

Pallbearers will be his grandsons and great-grandsons; and there will be two honorary pallbearers, William Lill and Les Boyes.

To send flowers to the family or plant a tree in memory of Edwin C. "Salty" Schultz, please visit our Heartfelt Sympathies Store.

Receive notifications about information and event scheduling for Edwin

We encourage you to share your most beloved memories of Edwin here, so that the family and other loved ones can always see it. You can upload cherished photographs, or share your favorite stories, and can even comment on those shared by others.

Sincere condolences on the passing of your father, Salty. Sam and Dixie Kromer
JG

Posted Dec 29, 2019 at 05:08pm
Pam and Family,
So sorry to hear of Salty passing. He was my dads best friend and helped my mother receive his benifits after his passing. I will not be able to attend his services because my wife will be in surgery at the time of his service, so sorry. He was a wonderful person who always called my mom before she passed to check on her. He will be surely missed by his family and friends. 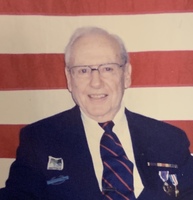