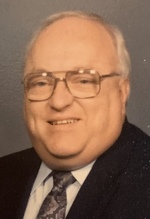 77, of Port Huron, passed away on Friday, January 3, 2020, at Marwood Manor Nursing and Rehab surrounded by his family.

He was born in Port Huron, Michigan on April 12, 1942, son of the late Gordon and Doris (Knight) Whiting.

Gary was a graduate of Port Huron High School Class of 1960 and was a lifetime member of the Blue Water Seventh-day Adventist Church.

He was preceded in death by his brother John Whiting.