To share your memory on the wall of Jane Gardner, sign in using one of the following options:

Jane and her twin sister Sarah June were born in Alma, Michigan on June 14, 1925, daughters of the late Max A. and Zelma L. Brail.

Jane graduated from Baldwin High School with honors in 1943. She attended Central Michigan University on scholarship, studying pre-nursing. Supporting the war effort, Jane joined the U.S. Cadet Nurse Corps. Jane attended the University of Michigan, studying science and Nursing. She was assigned to Butterworth Hospital in Grand Rapids, Michigan for clinical training. She sang with the Cadet Nurse Choir. Her nursing education was interrupted when she and Flight Officer Bill E. Gardner were married August 11, 1945, at Aloe Army Air Field Chapel in Victoria Texas. After the war, they moved to Port Huron where both were employed by the Mueller Brass Company in Port Huron.

Jane completed a nursing degree at Port Huron Junior College and became a Registered Nurse. She was employed at Port Huron Hospital as a staff nurse, Nursing Supervisor, Associate Director of Nursing, Director of Hospital-wide Education, retiring as Director of Medical Education. Jane coordinated the Port Huron Hospital Fiestas for many years. She completed a BA in Clinical Psychology from Stephens College in Columbia, Missouri. During her active nursing years, she was President of the Hospital In-Service Education Association, District Nurses, local American Heart Association, Cancer Society, and the March of Dimes.

Jane began teaching CPR in the 1960’s and advocated for both basic and advanced life support. Jane also worked with physicians to train EMT’s. Since retirement, each fall she conducted Flu Clinics for the Visiting Nurses, a memorial for her twin who died of the flu, until 2012 when she gave up her license at the age of 87.

Jane played the piano, organ, clarinet and violin, as well as singing. She loved playing and leading people in song and was past President of the Port Huron Musicale. Jane also enjoyed painting with water colors and was an avid bridge player. Jane enjoyed the game of golf, even making a hole in one. She and Bill loved dancing together, and were members of the Terpsichorian Dance Club. Jane enjoyed volunteering in the community. She and Bill traveled extensively together, and actively participated in the WWII Pilot Reunions, which she continued with her daughter until unable to travel. Jane was a lifelong member of the Eastern Star. Her love of country, family, people and life knew no bounds.
Jane is survived by her daughter Kay Lapp, Zilwaukee; son Craig (Cathy) Gardner, Port Huron; granddaughter Jennifer (Jason) Thorn, DeWitt; great granddaughters Bella and Lila Dankert, DeWitt; brother Frederick Brail, Dearborn; Pamela Russell (Jennifer’s mother); her much loved and cherished nieces and nephews, and dear friends.
She was predeceased by her husband Bill, twin sister June Pallack, brother Robert Brail, sister Donna Hinkley, and son-in-law George Lapp.

The Family wishes to thank Sheffield Bay Assisted Living, Covenant VNA Hospice and Dr. James Bodrie and staff for the extraordinary care provided for their mother.

The family honors the memory of Jane and invites you to share memories on Wednesday, November 20, 2019, from 5:00 pm to 8:00 pm at Smith Family Funeral Home-Hancock Street. A memorial service will take place on Thursday, Novemeber 21, 2019, at First United Methodist Church- Lapeer Avenue with a visitation beginning at 10:00 a.m. Pastor LuAnn Rourke will officiate.

To send flowers to the family or plant a tree in memory of Jane Gardner (Brail), please visit our Heartfelt Sympathies Store.

Receive notifications about information and event scheduling for Jane

We encourage you to share your most beloved memories of Jane here, so that the family and other loved ones can always see it. You can upload cherished photographs, or share your favorite stories, and can even comment on those shared by others.

Posted Nov 19, 2019 at 07:31pm
Jane was one of the most interesting woman that I have ever met ! I had the opportunity to orientate with her for 6 weeks before she retired and handed her job to me. She was a teacher, mentor, joy filled nurse and a wonderful role model for women. It was an honor to have known her and learned from her. Love to you Jane!

Posted Nov 17, 2019 at 09:10am
Jane was a lovely woman - full of pep and fun to be around. I worked at Port Huron Hospital for 25 years when she was there and also went to school with Craig. She had a lively spirit that made people feel good when around her. She often told the tale of how she saved a man's life doing CPR on him and he became her number one devoted fan. I am so glad we all had Jane in our lives for such a long time. I am sure her spirit will always be with us. Diane Burns Merriman, RN
Comment Share
Share via:
DR

Posted Nov 17, 2019 at 09:09am
Jane was a lovely woman - full of pep and fun to be around. I worked at Port Huron Hospital for 25 years when she was there and also went to school with Craig. She had a lively spirit that made people feel good when around her. She often told the tale of how she saved a man's life doing CPR on him and he became her number one devoted fan. I am so glad we all had Jane in our lives for such a long time. I am sure her spirit will always be with us. Diane Burns Merriman, RN
Comment Share
Share via:
PN

Posted Nov 15, 2019 at 12:43pm
Mrs. Gardner,
Was a very special lady. She was a wonderful nurse and cared for her patients and co-workers. Jane was very special to me and showed me hands on training while I was a candy stripper at Port Huron, Hospital back in 1979 & 1980. So thankful I had the chance to have had her as my teacher. Her love and teachings and caring meant most to me. Jane gave of herself always and was available whenever needed and her advice was right. Her knowledge in Nursing was fantastic. Sorry for your loss.
Sincerely, Patricia Neil
Comment Share
Share via: 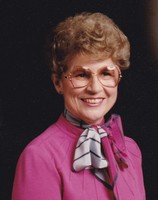 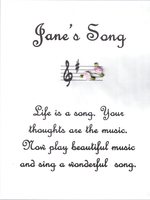 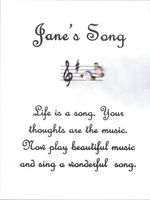