To share your memory on the wall of Josephine Mericka, sign in using one of the following options:

Print
It is with a heavy heart that we tell of the passing of our mother, Josephine Margaret Mericka on December 18. 2019.

Our wonderful mom was known for her humor and her smile. She was tough and lived independently at her home until she nee... Read More
It is with a heavy heart that we tell of the passing of our mother, Josephine Margaret Mericka on December 18. 2019.

Our wonderful mom was known for her humor and her smile. She was tough and lived independently at her home until she needed assistance at the age of 97. At that time she moved to Marwood Manor. She spoke often of her wonderful care and friends at the Manor. She was always treated with love and dignity. The entire family appreciated the care given including the hospice care.

Our mom loved unconditionally regardless of what anyone else might think. She fiercely defended her opinions especially when it came to politics.

Josephine was a long time member of the Cedar Club as well as Black River Country Club. She loved playing golf. One of her greatest thrills was making a hole in one while playing golf with her husband, George. Try as he did, he never succeeded in making his own hole in one.

Our family tradition was our celebration of Christmas Eve for years at mom's house. She proudly set the table and served us with so many of her ethic foods including her tabouli.

For many years mom, with the help of her husband George, was a caregiver for her daughter Gigi.

One of her favorite travels included Rome, where she had dinner at Alfredo's restaurant, known for the creation of pasta Alfredo. After dinner, the famous chef presented his golden knife and spoon to her!

She celebrated her 98th birthday with family and friends last January at main hall at Marwood Manor, delighted to share her day.

Our mother was born to Michael and Margaret Abraham on January 12, 1921. She was preceded in death by her brother Michael and Theodore Abraham and sister Anna Gulley.

A celebration of her life will be held in the future. Arrangements were provided by Smith Family Funeral Home of Port Huron.

In lieu of flowers, donations may be mailed to Virgina Miller, Director of Nursing, for the future hospice room at Marwood Manor.
Read Less

To send flowers to the family or plant a tree in memory of Josephine Margaret Mericka (Abraham), please visit our Heartfelt Sympathies Store.

Receive notifications about information and event scheduling for Josephine

There are no events scheduled. You can still show your support by sending flowers directly to the family, or planting a memorial tree in memory of Josephine Margaret Mericka (Abraham).
Visit the Heartfelt Sympathies Store

We encourage you to share your most beloved memories of Josephine here, so that the family and other loved ones can always see it. You can upload cherished photographs, or share your favorite stories, and can even comment on those shared by others. 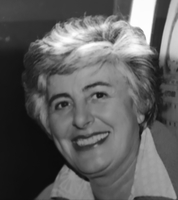