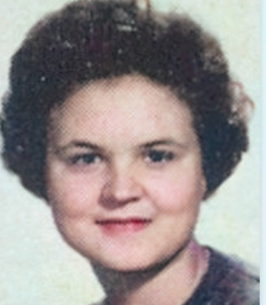 She was born in Port Huron, Michigan on October 24, 1944, the daughter of Lawrence and Beatrice LaTurno.

Judy married Richard E. James Sr. on October 27, 1962. This would have been their 60th year anniversary.

She graduated from Port Huron High School, class of 1962. Then she went on to start her family in Port Huron. After retirement, they moved to St. Helen were she volunteered with the American Legion and Eagles Lodge for many years. Judy was a member of the American Legion Auxiliary for over 40 years. She enjoyed camping, fishing, and spending quality time with her grandkids and great-grandkids.

She was preceded in death by her parents, Lawrence and Beatrice LaTurno; and brother, Lawrence LaTurno Jr.