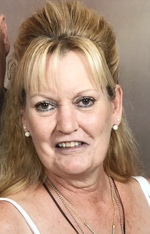 Kathryn graduated from Port Huron Northern High School and continued her education at St. Clair County Community College where she graduated as a Licensed Practical Nurse. She was a manager at Kentucky Fried Chicken before working as an LPN at Children’s Health Care for over 20 years. She was a parishoner of St. Edward on the Lake Catholic Church.

Preceding Kathryn in death is her father, Robert Steward.

Memorial are suggested to “Wishes of the Family."