To share your memory on the wall of Ken Snow, sign in using one of the following options:

He was born in Arlington Heights, Illinois on June 23, 1969, the son of Kenneth and Suzanne (Hoffman) Snow.
... Read More
Kenneth Todd Snow III

He was born in Arlington Heights, Illinois on June 23, 1969, the son of Kenneth and Suzanne (Hoffman) Snow.

Ken was and will remain a legacy in the game of soccer. He was a 1986 graduate from Hoffman Estates High School. Ken also attended Indiana University from 1987-1990, where he remains to be the most highly decorated athlete, and the only player to have earned four first-team All-American selections, and two National Player of the Year Awards. He continued on to play eight seasons of professional indoor soccer in Chicago, Philadelphia, Detroit, Tampa, and St. Louis. Ken’s love for soccer continued through his business of Ken Snow Goal Scoring Camps. Although soccer seemed to be Ken’s life his true passion in life was found within his daughter Lauren, son Matthew, and step daughter Ashley. He would tell you his greatest achievement in life was his daughter Lauren, words would never be able to describe the pride in his eyes while watching her continue on the legacy, playing D1 soccer. His favorite past time was grabbing a bud light draft at Applebee’s with his best friend and son Matthew. If you know Ken, you know no one could compare to his humor and his dad jokes. He found enjoyment in calling his favorite “Doc”, step daughter Ashley, for unnecessary or unneeded medical advice all the time just to let her know how proud he was of her. Ken could bring a smile to anyone’s face, and his memory will continue to shine through all of our smiles.

He was preceded in death by his mother, Suzanne Snow.

A visitation will be held on Sunday, June 28, 2020, at Smith Family Funeral Home-Hancock Street from 1:00 p.m. to 4:00 p.m. with a funeral service beginning at 3:30 p.m. Pastor Brian Ake will officiate. Those not able to attend, will be able to watch Kens’s memorial service on our website under the obituary for him. Arrangements were entrusted to Smith Family Funeral Home of Port Huron.

Memorials are suggested to the family.

To send flowers to the family or plant a tree in memory of Ken Snow III, please visit our Heartfelt Sympathies Store.

Receive notifications about information and event scheduling for Ken

We encourage you to share your most beloved memories of Ken here, so that the family and other loved ones can always see it. You can upload cherished photographs, or share your favorite stories, and can even comment on those shared by others.

Nick Berbari and Family, Love the Wombats, and other have sent flowers to the family of Ken Snow III.
Show you care by sending flowers

Posted Jun 30, 2020 at 04:44pm
I’m so incredibly sorry and praying for the Snow family. I have wonderful memories of Kenny playing soccer. I spent many of my childhood days with Stephanie. Please accept our sincere condolences.
Franci Nemko Rabinowitz
Comment Share
Share via:
KG

Posted Jun 28, 2020 at 08:20pm
My condolences to the Snow family. I grew up in the same neighborhood as Ken and Steve, and went to the same schools. I respected Ken greatly and remember him well. As very young grade school kids, Steve and I had some school yard conflicts. Probably because we had very similar personalities. Ken would intervene and over time our conflicts subsided. Even as a young kid I had great respect for the bond that Ken and Steve had. I remember Ken well in high school. He was a very nice person and had tremendous drive to be successful as an athlete. I’m so sad to hear that he passed. To this day I can still picture Ken, Steve, and me outside on the playground at Churchill School as young grade school kids. My condolences to your great family.
Kurt Gerlach
Comment Share
Share via:
JL

Posted Jun 28, 2020 at 01:15pm
The Longmore family is so extremely sorry for your loss. Ken brought so much excitement and great memories to many during his soccer playing days at HEHS. Our only contact with Ken during his adult years was through out son, Tim, who kept us apprised of all his accomplishments and his pride and love for his children. Ken left a mark in this world and will never be forgotten.
Comment Share
Share via:
C

Posted Jun 28, 2020 at 10:37am
Ken you will remain in our hearts forever. Thank for all the exciting memories that will last a lifetime. My deepest condolences to my life long friend Stephanie, wish I was there for you and Steven. Lauren, I am so very very sorry, great big hugs to you and your brother and sister. Thoughts and prayers for you all.~~~Our deepest sympathies... The Longmore's, Cindi, Tim, and Alexxis.

Posted Jun 28, 2020 at 02:17am
Kenny was a friend and offered generosity and support when I arrived in IL. Thinking of him, the word Courage resonates...with love and remembrance, 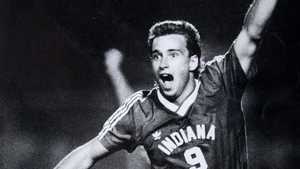 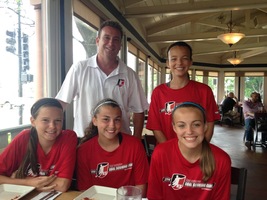 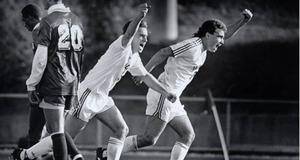 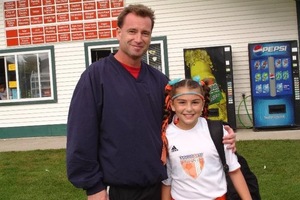