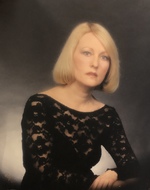 She was born in Manistique, Michigan on November 29, 1943, daughter of the late Charles and Virgina (Irwin) Baker Jr.

Laurie like being outdoors gardening, shopping, spending time with her grandchildren, and woodworking. Her dogs were very special to her, Dutchess and Taffee.

Laurie was preceded in death by her brother, Charles Baker III.

There are no services scheduled at this time. A memorial service will be held at at later date. Arrangement were entrusted to Smith Family Funeral Home of Port Huron.

Memorials are suggested to the Blue Water Area Humane Society.