To share your memory on the wall of Louis Fair, sign in using one of the following options:

Print
76, of Mio, formerly of Port Huron, passed away on Sunday, September 8, 2019, at McLaren Port Huron Hospital surrounded by his family.

He was born in Saginaw, Michigan on August 1, 1943, son of the late Louis and Bernadette (Bagerski) Fa... Read More
76, of Mio, formerly of Port Huron, passed away on Sunday, September 8, 2019, at McLaren Port Huron Hospital surrounded by his family.

He was born in Saginaw, Michigan on August 1, 1943, son of the late Louis and Bernadette (Bagerski) Fair.

Lou was a Police Officer for 28 years with the Port Huron Police Department. He was a great outdoors-man and enjoyed hunting and fishing. Lou was known for his great firework shows. He was a proud member of the NRA, he enjoyed playing golf, and liked to travel around the world. Most importantly he enjoyed his time spent with family and friends.

He was preceded in death by his grandson Ryan Baker.

The family honors the memory of Lou and invites you to celebrate his life at the Fraternal Order of Police Lodge, 5136 Howard Rd. Kimball, MI 48074 on Saturday, September 14, 2019, from 2:00 p.m. to 8:00 p.m. A memorial service will start at 4:00 p.m. Reverend Max Amstutz will officiate. Cremation arrangements are provided by Smith Family Funeral Home of Port Huron.

We encourage you to share your most beloved memories of Louis here, so that the family and other loved ones can always see it. You can upload cherished photographs, or share your favorite stories, and can even comment on those shared by others.

Plant a Tree in Memory of Louis
Plant a tree 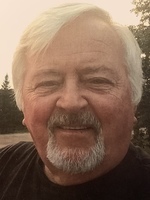