To share your memory on the wall of Marianne Haemelinck, sign in using one of the following options:

Print
Marianne (Omi) Haemelinck, passed away on Wednesday, October 14, 2020 at the age of 82, surrounded by her loving family.

Marianne was born on September 8, 1938 in Limburg an der Lahn Germany, to Margareta and Oskar Müller, she was the y... Read More
Marianne (Omi) Haemelinck, passed away on Wednesday, October 14, 2020 at the age of 82, surrounded by her loving family.

Marianne was born on September 8, 1938 in Limburg an der Lahn Germany, to Margareta and Oskar Müller, she was the youngest of 4 siblings. She married the love of her life, Leon Haemelinck, in 1958 and they had three amazing children together.

Although she had many different jobs and served in many different roles, her true passion was simply being Mom and “Omi”. In German, Oma is the word for grandmother, but Omi is a way of saying it as a term of endearment as well as a “catch all”, which makes perfect sense for Marianne. She was everybody’s “Omi”. Whether that meant grandma, aunt, confidant, or friend, she was family to everyone that had the honor and pleasure of knowing her personally. When it is said that she had absolutely no enemies, no truer words have ever been spoken. She was also a great cook. Although she made many delicious dishes, she could never articulate to anyone how she made them. She would just say, “It is all in the wrist.” When Marianne was not doting on her family and friends, she enjoyed watching the Detroit Tigers and being their coach from a far. She also loved Michigan lottery and was adored by her many friends in her bowling league.

Omi’s family was far reaching. She had multiple step grandchildren that also brought the love of many additional step great grandchildren. She will also be missed by her sisters and brother in law, Josephine Carty, Jean Miller and Frank (with his wife, Helen) Haemelinck, whom she considered just as close as her siblings, not to mention several loving nieces and nephews.

She was preceded in death by her husband, Leon, her parents and her siblings.

The family will be having a memorial for Marianne in the near future when it is safe to again have a large gathering fit to celebrate this remarkable woman.

To send flowers to the family or plant a tree in memory of Marianne Haemelinck (Müller), please visit our Heartfelt Sympathies Store.

Receive notifications about information and event scheduling for Marianne

There are no events scheduled. You can still show your support by sending flowers directly to the family, or planting a memorial tree in memory of Marianne Haemelinck (Müller).
Visit the Heartfelt Sympathies Store

We encourage you to share your most beloved memories of Marianne here, so that the family and other loved ones can always see it. You can upload cherished photographs, or share your favorite stories, and can even comment on those shared by others. 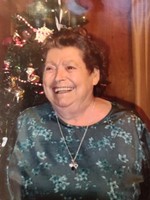