To share your memory on the wall of Marilyn Herbert, sign in using one of the following options:

She was born in Port Huron on December 4, 1928, daughter of the late Miles and Genevieve (Pletcher) Ling.

She was born in Port Huron on December 4, 1928, daughter of the late Miles and Genevieve (Pletcher) Ling.

Marilyn attended Port Huron High School. She was a long time member of Grace Episcopal Church and was an Altar Guild member. She enjoyed gardening, quilting, and spending time with family and friends.

A visitation will be held on Friday, October 16, 2020, from 2:00 p.m. to 8:00 p.m. at Smith Family Funeral Home-Hancock Street. Funeral services will be Saturday, October 17, 2020, at 11:00 a.m. in the funeral home with visitation beginning at 10:00 a.m. Reverend Lydia Speller of Grace Episcopal Church will officiate. Graveside services and interment will follow at Woodland Cemetery in Port Huron Township.

To send flowers to the family or plant a tree in memory of Marilyn Catherine Herbert (Ling), please visit our Heartfelt Sympathies Store.

Receive notifications about information and event scheduling for Marilyn

We encourage you to share your most beloved memories of Marilyn here, so that the family and other loved ones can always see it. You can upload cherished photographs, or share your favorite stories, and can even comment on those shared by others.

DAndrea and Michael Wooten, Love, Melissa, Doug, Jen and Bob, and other have sent flowers to the family of Marilyn Catherine Herbert (Ling).
Show you care by sending flowers

Posted Oct 17, 2020 at 09:22am
You are all in our thoughts today. Marilyn Herbert will remain in our hearts forever. Sent with love and remembrance,,

DAndrea and Michael Wooten purchased flowers and planted a memorial tree for the family of Marilyn Herbert. Send Flowers

Posted Oct 16, 2020 at 10:16am
With loving memories of "Marilyn Herbert", We are thinking of you during this difficult time.

Paul and Maria Nguyen purchased flowers and planted a memorial tree for the family of Marilyn Herbert. Send Flowers

Posted Oct 15, 2020 at 09:59am
Our deepest sympathy to Wendy and the family. I remember your mom babysitting at the bowling alley. She called our Shawn "ducky fuzz". She always had a smile and a comment. I know you will miss her, but she's watching over all of you.
Comment Share
Share via: 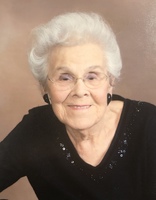