To share your memory on the wall of Marilyn Telfer, sign in using one of the following options:

Marilyn graduated from Port Huron High School in January of 1948, and was a member of LRT. She attended Ward Belmont College, in Nashville, TN and Port Huron Business School. She was a homemaker and worked as a cashier at Mortimer and Son Lumber Company.

Marilyn was a member of Grace Episcopal Church, where she had taught Sunday school when her children were young. She was an active member of Port Huron Garden Club, Dance Club, YMCA for Body Recall and Aqua Aerobics, and Soup Kitchen. She also had been involved in her children’s lives as a Cub Scout leader, hockey mom, and kid hauler, taking friends to “The Cottage” for sleepovers and fun and was known as the “cookie lady” by all of the children in her neighborhood and the workers who came to her house.
She was known as Mitzie by those who knew and loved her. She had a gift of hospitality, and enjoyed making friends and entertaining at her home. Her 4th of July and Mackinaw parties were the highlight of each summer for her friends and family, as was her homemade raspberry pie.

As a grandma, she spent special time with each grandchild, playing dress up, having tea parties, shopping, going to the mall, and enjoying beach time together.

Marilyn was preceded in death by her husband, parents, twin sisters, Mary and Jeanne Mortimer, who died shortly after birth, her brother, Franklin (Doris) Mortimer, brothers-in-law Charles (Shirley) Telfer and William (Gayle) Telfer and father- and mother-in-laws Laurie O. and Erma Telfer, her many schnauzer fur babies and her devoted rescue dog, Ashley.

The family would like to thank the staff at Lakeshore Woods for their wonderful care of Marilyn and their friendship. You are truly part of our family now.

Cremation has taken place through Smith Family Funeral Home and a memorial service and celebration of life will be held at Grace Episcopal Church at a later date. Like March, she went out like a lamb.

To send flowers to the family or plant a tree in memory of Marilyn Arvilla Telfer (Mortimer), please visit our Heartfelt Sympathies Store.

Receive notifications about information and event scheduling for Marilyn

There are no events scheduled. You can still show your support by sending flowers directly to the family, or planting a memorial tree in memory of Marilyn Arvilla Telfer (Mortimer).
Visit the Heartfelt Sympathies Store

We encourage you to share your most beloved memories of Marilyn here, so that the family and other loved ones can always see it. You can upload cherished photographs, or share your favorite stories, and can even comment on those shared by others.

Posted Apr 03, 2020 at 12:30pm
Blessings and Prayers to the Telfer and Lynch family. So sad to have both of our Mothers pass away this month. The Charron Family.

Posted Apr 02, 2020 at 11:22am
Wishing you peace to bring comfort, courage to face the days ahead and loving memories to forever hold in your hearts. We love you Mitzie. 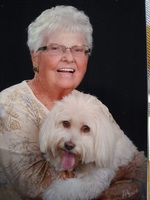 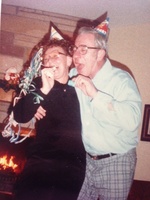 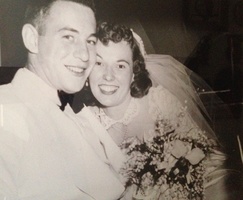 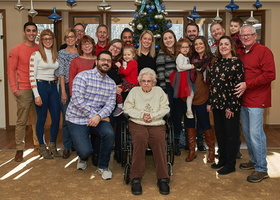