To share your memory on the wall of Ralph Schoettle, sign in using one of the following options:

He was born in Port Huron, Michigan on December 23, 1955, the son of Emery and Delila (Wilton) Schoettle. Ralph married his loving wife, Jamie Chute, on October 12, 2002 in Jeddo, Michigan.

He graduated from Port Huron Northern High School class of 1974 and went on to become a supervisor for the South Eastern Michigan Gas Company. Ralph's interests included riding his Harley, camping, traveling, helping others when they needed anything fixed, and spending time with family and friends.

Preceding Ralph in death are his parents, Emery Schoettle and Delila Schoettle; and many beloved aunts and uncles.

Memorials are suggested to the family and the Blue Water Humane Society.

To send flowers to the family or plant a tree in memory of Ralph William Schoettle, please visit our Heartfelt Sympathies Store.

Receive notifications about information and event scheduling for Ralph

We encourage you to share your most beloved memories of Ralph here, so that the family and other loved ones can always see it. You can upload cherished photographs, or share your favorite stories, and can even comment on those shared by others.

Cliff, Linda, Paul and Robin Narlock, Kevin, Mary, Stephen and Laura Moore, and other have sent flowers to the family of Ralph William Schoettle.
Show you care by sending flowers

Posted Jul 03, 2020 at 12:21pm
Ralph to the rescue. If you needed help, Ralph would always pitch in and do his part if he was available. His friendship will be missed. Rest in Peace Ralph. Sue and Charlie Jackson, Sarnia, ON, Canada
Comment Share
Share via:
CN

Posted Jul 02, 2020 at 08:30pm
Wishing you peace to bring comfort, courage to face the days ahead and loving memories to forever hold in your hearts. We're here for you.

Posted Jul 02, 2020 at 07:35pm
Dear Jamie and Schoettle family I am so sad for the loss of your husband, Dad, brother and brother-inlaw. Ralph was such a kind lovely person and will be sorely missed.
Comment Share
Share via:
AK

Posted Jul 02, 2020 at 04:15pm
Jamie and Family
We thought of you today
But that is nothing new
We thought of you yesterday
And will tomorrow too
We think of you in silence
And make no outward show
For what it meant to lose you
Only those who love you know
Remembering you is easy
We do it everyday
It's the heartache of losing you
That will never go away
Annie John Kuipers
Comment Share
Share via: 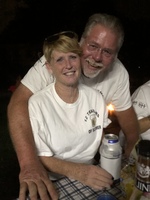 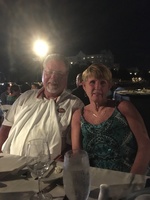