To share your memory on the wall of Richard Curtis, sign in using one of the following options:

He was born in Port Huron, Michigan on October 27, 1956, the son of Edward Curtis and Evelyn “Toby” Bassett. Richard married Debbie O'Brien on June 9, 1978 in Port Huron.

Memorials are suggested to the family.

To send flowers to the family or plant a tree in memory of Richard Warren Curtis, please visit our Heartfelt Sympathies Store.

Receive notifications about information and event scheduling for Richard

There are no events scheduled. You can still show your support by sending flowers directly to the family, or planting a memorial tree in memory of Richard Warren Curtis.
Visit the Heartfelt Sympathies Store

We encourage you to share your most beloved memories of Richard here, so that the family and other loved ones can always see it. You can upload cherished photographs, or share your favorite stories, and can even comment on those shared by others.

The Uribe family sent flowers to the family of Richard Warren Curtis.
Show you care by sending flowers

Posted Jul 03, 2020 at 12:09pm
Our heartfelt condolences on behalf of the entire Rehberg family to our friends and neighbors the Curtis family from back in the day. I am saddened to learn of Richard's passing and my hope is that you take comfort in the cherished memories you will hold of him forever.
Sincerely,
Dan Rehberg
Keller, Texas
Comment Share
Share via:
TF

Posted Jul 02, 2020 at 03:52pm
Our hearts and thoughts are with you and your family during this time of grieving. Please accept our deepest condolences for your loss.

The Uribe family purchased flowers for the family of Richard Curtis. Send Flowers 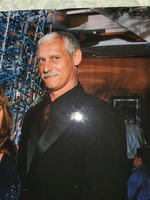 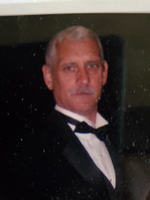