To share your memory on the wall of Richard DuBay, sign in using one of the following options:

Print
73, of Fort Gratiot, passed away on Thursday, October 10, 2019, after a strong battle with cancer at Regency on the Lake surrounded by his family.

Ricky was raised by th... Read More
73, of Fort Gratiot, passed away on Thursday, October 10, 2019, after a strong battle with cancer at Regency on the Lake surrounded by his family.

Ricky was raised by the Lang family which was the start of his interest in horses. Throughout the years he worked for many different ranches in the Midwest. In 2001, his childhood dream of having his family and his horses under the same roof became a reality when his daughter and son-in-law opened Phoenix Farms. The highlight of his career was reached in 2017 when he had a world champion horse within the family. He loved his time spent with his grandsons, family, and friends. Ricky was known to many as being a best friend and was known as the greatest horseman to have lived. His four passions in life were family, horses, beer and fried chicken.

He is survived by his daughter and son, Amy (Michael) DeLange of Fort Gratiot and Rick (Tanya) DuBay of Canton; three grandchildren, Tyler (Courtney), Dakota, and Luke; expected great-grandson, Barrett; mother of Amy and Rick, Kitty Braun; brothers, Roy, Louie, and Jack DuBay; as well as many dear friends.

The family honors the memory of Richard and invites you to visit and share memories on Tuesday, October 15, 2019, from 1:00 pm until 6:00 pm with a funeral service beginning at 6:00 pm at Smith Family Funeral Home, Hancock Street. Reverend Max Amstutz will officiate.

Memorials are suggested to the Youth Scholarship Program at the Great Lakes Cutting Horse Association.

We encourage you to share your most beloved memories of Richard here, so that the family and other loved ones can always see it. You can upload cherished photographs, or share your favorite stories, and can even comment on those shared by others.

Posted Oct 14, 2019 at 09:42pm
Please accept our most heartfelt sympathies for your lossour thoughts are with you and your family during this difficult time.

Niki and Matt Zimmerer purchased flowers for the family of Richard DuBay.

Flowers were purchased for the family of Richard DuBay.

Mary Jarvis purchased flowers for the family of Richard DuBay.

Posted Oct 12, 2019 at 03:04pm
GOD BLESS YOU. MY FRIEND. RICKY DUBAY. MY THOUGHTS AND PRAYERS. GO OUT TO YOU AND THE FAMILY. ..I SHED A TEAR. COMING FROM. TEXAS. KNOWING THE COWBOY WILL STILL RIDE ON AS HE ENTERS THE GATES. OF. HEAVEN ..YOU SMILING FACE WILL ALWAYS BE REMEMBERED..MY LOVE GOES OUT TO YOU AND THE. FAMILY. GOD BLESS YOU. RICKY. TILL I SEE YOU AGAIN. GENE. D. CRANNEY. 700 SHAMROCK DRIVE. LEANDER, TEXAS. 🐴 🇫🇷
Comment Share
Share via:
AW

Posted Oct 12, 2019 at 09:46am
I will never forget you Rick!! Im blessed to be able to call you my friend!! I will miss you until my last breath my friend... Until we meet again Rick. I love you so much!!
Comment Share
Share via: 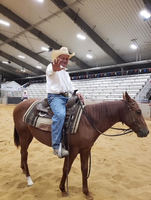 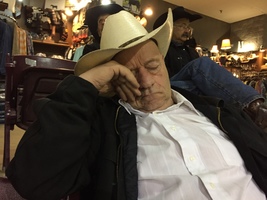 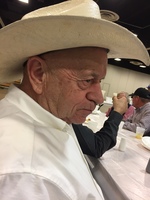