To share your memory on the wall of Robert Fochtman, sign in using one of the following options:

He married Barbara on October 25 1958 in Detroit, Michigan. They were married for nearly 62 years.

He married Barbara on October 25 1958 in Detroit, Michigan. They were married for nearly 62 years.

Bob was a graduate of Central Michigan University, went to Navy Officer’s Candidate School in Newport, RI, and was a bombardier navigator on an A3D Skywarrior. After the Navy, he taught math at Central High School in Battle Creek before moving to Port Huron in 1971. Bob taught math at Port Huron Northern H.S. and retired in 1987. He worked as an Immigration Officer on the Blue Water Bridge from 1983 until 1998. As a member of the Port Huron Yacht Club, Bob and Barb enjoyed racing their Cal25 sailboat for many years. He served as a timer for the race committee, and enjoyed socializing with the friends they made at the PHYC. Bob worked briefly at West Marine and while there discovered hand-held GPS devices. He and Barb became avid Geocachers and found nearly 13,000 of them over the years, in places all over the country and Canada. Bob traveled to many places throughout the world. He loved reading, his cat, Kamilah and was known for his humor and his stories. He instilled in his daughters a love for nature and the outdoors and will be very lovingly missed by Barb, Karen and Nan.

He is survived by his wife, Barbara Fochtman; his daughters, Nancy (Dan) Nieser of Louisville, KY and Karen (Mark) Hein of Novato, CA; and sister-in-law, Elizabeth Schultz.

He was preceded in death by his parents, and his brother Ray Fochtman and Ray’s wife Betty.

Thank you so much to the kind and caring staff at Blue Water Hospice Home in Marysville for making his last weeks as bearable as possible.

There will be no service. Bob will be buried in Greenwood Cemetery in Petoskey.

Contributions may be made to the American Cancer Society or the Port Huron Yacht Club.

To send flowers to the family or plant a tree in memory of Robert Gurden "Bob" Fochtman, please visit our Heartfelt Sympathies Store.

Receive notifications about information and event scheduling for Robert

There are no events scheduled. You can still show your support by sending flowers directly to the family, or planting a memorial tree in memory of Robert Gurden "Bob" Fochtman.
Visit the Heartfelt Sympathies Store

We encourage you to share your most beloved memories of Robert here, so that the family and other loved ones can always see it. You can upload cherished photographs, or share your favorite stories, and can even comment on those shared by others.

Posted Jul 15, 2020 at 12:43am
Barb and family- I am so sorry- words are insufficient. Bob was a generous, kind, smart man & certainly impacted me for the better. He will be missed.

In Navy terminology Bob was Outstanding in friendship, fellowship, and a true gentleman. We will miss his sense of humor. He helped to teach us how to geocache and always was there to get a cache out of a tall tree. He once fell into the mud and just laughed about it, oh Robert he said. We will miss you. Thank you
Comment Share
Share via:

Posted Jul 09, 2020 at 08:09pm
Bob epitomized the word 'gentleman'. He was a wonderful person: caring, quiet, observant, smart and funny - all in one package. Through our many crazy adventures together, he was always the same even temperament no matter what. He will be greatly missed by so many. We feel lucky to have called him our friend. Our heartfelt condolences to Barb and her family at this time of reflection and remembrance. Paul and Cookie
Comment Share
Share via:
LL

Posted Jul 08, 2020 at 03:04pm
His voice was one of the things about Bob I remember most, in all the times we shared on the water for race committee or off , I will always clearly hear his voice and see his face sounding warm, deep , precise and friendly. He was a great person to know , spend time with, and learn things from. He will be missed . Doug and I love both Bob and Barb and pray for her comfort and peace in all the memories they shared together. Lauri Lowe
Comment Share
Share via:
A

Posted Jul 08, 2020 at 12:02pm
Our deepest Condolences to Barb , Nancy and Karen.
Bob will be remembered for years to come as a kind and thoughtful person.
He was a dedicated family man who demonstrated his love for his girls all the time.
His friends were many and everyone who knew Bob loved him!
Rest in peace dear friend!
Love, Anita & Donnie Nason
Comment Share
Share via: 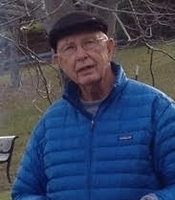 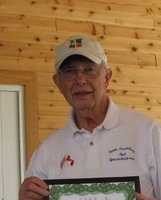