To share your memory on the wall of Robert Morrison, sign in using one of the following options:

He was born in Port Huron, Michigan on... Read More
Robert Lee Morrison

He was born in Port Huron, Michigan on January 13, 1938, son of the late Otto and Margarite (Wedge) Morrison.

Bob was an avid sports fan who was often caught at a sports arena enjoying a game. He enjoyed watching hockey and baseball and was the goal judge for the Port Huron Flags. Bob was an avid softball player. He was employed by Port Huron Hospital for many years in the maintenance department, a job that he thoroughly enjoyed. Bob persevered through a major stroke that affected his speech and movement of his right leg and arm in a fashion to make it unknown to many. He is finally at rest and is no longer suffering. Many thanks are owed to the staff at McLaren Hospice and Regency on the Lake for over 3 years of dedicated and compassionate care given to Bob.

He was preceded in death by his niece, Belinda Temple and his sister, Carol Lucas.

To send flowers to the family or plant a tree in memory of Robert Lee Morrison, please visit our Heartfelt Sympathies Store.

Receive notifications about information and event scheduling for Robert

There are no events scheduled. You can still show your support by sending flowers directly to the family, or planting a memorial tree in memory of Robert Lee Morrison.
Visit the Heartfelt Sympathies Store

We encourage you to share your most beloved memories of Robert here, so that the family and other loved ones can always see it. You can upload cherished photographs, or share your favorite stories, and can even comment on those shared by others.

Posted Jan 17, 2020 at 03:31pm
Please accept our most heartfelt sympathies for your loss... Our thoughts are with you and your family during this difficult time. From the EDA Team

Posted Jan 15, 2020 at 04:10pm
We are so sorry to hear about Bob. Keeping your family in our thoughts and prayers. Bob and Kathy Gomoluch
Comment Share
Share via: 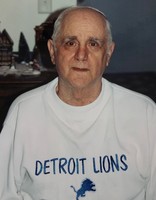