To share your memory on the wall of Roger Irwin, sign in using one of the following options:

Print
94, of Port Huron, passed away on Wednesday, November 20, 2019, at McLaren Port Huron Hospital surrounded by his family.

He was born in Detroit, Michigan on November 5, 1925, son of the late David and Charlotte (Cowens) Irwin.
Read More
94, of Port Huron, passed away on Wednesday, November 20, 2019, at McLaren Port Huron Hospital surrounded by his family.

He was born in Detroit, Michigan on November 5, 1925, son of the late David and Charlotte (Cowens) Irwin.

Roger served his country with the United States Army in World War II from 1944-1946 and was awarded a bronze battle star. He was the owner and operator of Irwin Supply formerly Irwin's Ice Cream in Port Huron for over 60 years. Roger was a lifetime member of the Port Huron Elks Lodge 343, VFW Post #796, American Legion Post #8, and the Voiture 120 St. Clair County 40/8. He was the past commander of the American Legion and he enjoyed playing Euchre and Pinochle. Most importantly Roger enjoyed his time spent with family.

Roger was preceded in death by his siblings, Robert and William Irwin and Marie (Ray) Weston; and his son-in-law, Larry Kearns.

The family honors the memory of Roger and invites you to visit and share memories on Friday, November 22, 2019, from 3:00 p.m. to 7:00 p.m. at Smith Family Funeral Home-Hancock Street. A funeral service will be held on Saturday, November 23, 2019, at 11:00 a.m. with a visitation beginning at 10:00 a.m. A chapel service will be held at 2:00 p.m. at Lakeside Cemetery on Saturday with military honors conducted under the auspices of the St. Clair County Allied Veterans Honor Guard. Interment will follow.

In lieu of flowers memorials are suggested to the Blue Water Area Humane Society or the Old Newsboys Association of Port Huron.

To send flowers to the family or plant a tree in memory of Roger M Irwin, please visit our Heartfelt Sympathies Store.

Receive notifications about information and event scheduling for Roger

There are no events scheduled. You can still show your support by sending flowers directly to the family, or planting a memorial tree in memory of Roger M Irwin.
Visit the Heartfelt Sympathies Store

We encourage you to share your most beloved memories of Roger here, so that the family and other loved ones can always see it. You can upload cherished photographs, or share your favorite stories, and can even comment on those shared by others.

Posted Nov 22, 2019 at 10:38am
Our deepest sympathy to Phyllis and family. We are grateful for our time with Roger, he will be missed.
RX Family Home Care
Comment Share
Share via:
SW 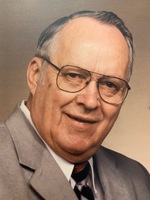