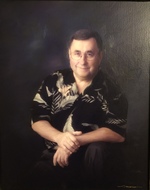 He was born in Winnipeg, Manitoba, Canada, on March 19, 1940, son of the late Sidney and Rose (Jaworski) Brickey.

Ron graduated from Mile McDonnell High School in Winnipeg and continued his education at The University of North Dakota and Northwestern Medical School where he became a Physical Therapist. He built his businesses, Ron Brickey Associates in Port Huron and Rehabilitation Specialists in Troy. Ron liked playing golf and hockey. He loved being a hockey coach and also had a passion for photography and swing dancing. Anything he did, he did it at 400%.

Memorials are suggested to the Port Huron Hockey Association.