To share your memory on the wall of Ronald Zimmer, sign in using one of the following options:

He was born in Ontario, Canada on November 28, 1952, the son of Gerald Zimmer and Norma (Ingles) Mollan.

Ron served his country with the... Read More
67, of Port Huron, passed away on Sunday, December 1, 2019, at MediLodge of Port Huron.

He was born in Ontario, Canada on November 28, 1952, the son of Gerald Zimmer and Norma (Ingles) Mollan.

Ron served his country with the United States Marine Core. He liked fishing, cooking, giving his kids a hard time, and just spending time with his family.

Ronald was preceded in death by his father Gerald Zimmer.

Cremation has taken place. There are no services scheduled at this time. Arrangements were provided by Smith Family Funeral Home of Port Huron.

To send flowers to the family or plant a tree in memory of Ronald Nealon Zimmer, please visit our Heartfelt Sympathies Store.

Receive notifications about information and event scheduling for Ronald

There are no events scheduled. You can still show your support by sending flowers directly to the family, or planting a memorial tree in memory of Ronald Nealon Zimmer.
Visit the Heartfelt Sympathies Store

We encourage you to share your most beloved memories of Ronald here, so that the family and other loved ones can always see it. You can upload cherished photographs, or share your favorite stories, and can even comment on those shared by others.

Posted Dec 02, 2019 at 04:17pm
My heart felt sympathies go out to our children and the entire Zimmer family, for the loss of Ron.
Comment Share
Share via: 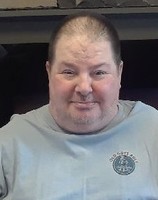