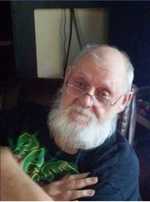 He was born in Mt. Clemens, Michigan on August 21, 1950, the son of Floyd Warwick and Agnes Reyce. Scott married Joann Johnson in October of 1969 and celebrated their 50th anniversary in 2019.

Scott was an intelligent man and an avid reader. He specifically enjoyed science fiction and fantasy. He loved theme parks, roller coasters, and spending quality time with his family including his dogs.

Preceding Scott in death is his mother, Agnes; and dogs, Bear, Fidget, and King.