To share your memory on the wall of Thomas Marlette, sign in using one of the following options:

Detroit - On Saturday afternoon, February 1, 2020, Tom took his final breath and went to reunite with his dearly departed family and friends in heaven.

Detroit - On Saturday afternoon, February 1, 2020, Tom took his final breath and went to reunite with his dearly departed family and friends in heaven.

Tom was born in Port Huron, MI on August 22, 1945 and from an early age connected with many friends that he would remain in close contact with for years to come. He graduated from Port Huron High School in 1963 and headed to Big Rapids for the college years. Naval service came calling and he served honorably as a fire control technician on the USS Ranger and USS New Jersey from 1964-1968. Upon returning to Big Rapids to finish his degree, he would meet the love of his life, Susie.

Tom graduated and began his career as an insurance sales representative. He and Susie settled in Taylor, MI where they had their first son, Steven. They ultimately moved back to Port Huron where Tom continued his career in insurance with Moore & Povenz and they had their second son, Timothy. In 1987, Tom, Susie and the boys headed west to Aurora, Colorado where Tom and Susie would remain until moving back to Michigan in 2012. Eventually, Tom’s path would come full circle to a residence on the St. Clair River where he enjoyed monitoring the movement of the lake freighters and reconnecting with new and old friends alike.

Tom is survived by his dear Susie Marlette, sons Steven (Jennifer) Marlette and Timothy Marlette, grandkids Meghan and Nicholas Marlette, sister Laura (Charles) Huebner and sister-in-law Judith Marlette. Tom and family spent much time together with the extended family over the years and Tom had a special place in his heart for nieces Annalee (Darrin) Judd, Kelly (Tim) O’Neil and Dana (Jim) Molony and nephews Jeff (Jessica) Huebner and Paul (Betsy) Huebner. His parents, Harold and Leota (Farnsworth) Marlette and brother John Marlette preceded him in death.

Special friendships were formed through the many activities in which he was involved. Though too many to name over the years, he remained connected with his fellow veterans, served as a volunteer in numerous community groups, faithfully attended and served in his local churches and sang in church and civic choirs. Tom also greatly enjoyed meeting with his friends at local dining establishments and absolutely treasured the time spent with his family.

Tom had a bit of a travel bug and loved to be out in his car heading to get togethers with family and friends. He traveled throughout Asia, Europe, Central America as well as the US and Canada over the years however no location held a more special place in his heart than the family cabin nestled in the woods of northern Michigan. Hundreds of trips north would be taken over the years to both the family cabin and the cabin down the road belonging to lifelong friends Tim and Jackie Ritter. All who passed through the doors of those cabins will long remember their fireside chats with Tom and this was a vital part of his life experience.

Tom will always be remembered for his generous spirit, his joy in connecting with family and friends, his infectious laughter and the twinkle in his eye.

The family would like to thank all of those who have been praying for Tom and the family. Also, special appreciation to family friends, Len Patterson and Rose Kota, who provided extraordinary support for Tom in his final days and whose contribution to his peace was immeasurable.

The family honors the memory of Tom and invites you to visit and share memories on Thursday, February 20, 2020, at the Smith Family Funeral Home-Hancock Street from 2:00 pm to 8:00 pm. A memorial service will be held at The Cornerstone Church in Clyde at 11:00 am on Friday, February 21, 2020, with visitation beginning at 10:00 am. A reception will be held at the church following the service. Military honors will be conducted under auspices of the U.S. Navy and the Veterans Honor Guard Alliance.

To send flowers to the family or plant a tree in memory of Thomas Thompson Marlette, please visit our Heartfelt Sympathies Store.

Receive notifications about information and event scheduling for Thomas

We encourage you to share your most beloved memories of Thomas here, so that the family and other loved ones can always see it. You can upload cherished photographs, or share your favorite stories, and can even comment on those shared by others.

The Corcorans, Scott McKeever, and other have sent flowers to the family of Thomas Thompson Marlette.
Show you care by sending flowers

The Corcorans purchased flowers for the family of Thomas Marlette. Send Flowers

Flowers were purchased for the family of Thomas Marlette. Send Flowers

Posted Feb 09, 2020 at 05:54pm
I was so saddened to hear of Tom's death. It was a moment of disbelief and sudden loss. Tom's friendship over the years has been a treasure to me. We remained in close phone contact since his move back to Michigan and always enjoyed catching up. I have great respect for Tom and will surely miss him. Mary and I send our most sincere condolences to Susie, Steve and Tim. May God give you strength and comfort in the days to come.
Comment Share
Share via: 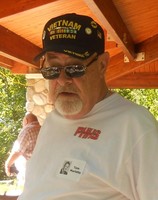 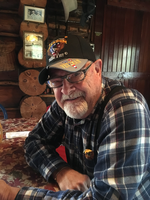