To share your memory on the wall of Vernon Springer, sign in using one of the following options:

He was born in Eugene, Oregon on September 13, 1946, the son of the late Clifford and Shirley (Schaffer) Springer.

He was born in Eugene, Oregon on September 13, 1946, the son of the late Clifford and Shirley (Schaffer) Springer.

Vern served his country in Vietnam for two tours with the United States Army from 1965-1968. He liked golfing, watching Detroit sports games. watching old westerns, 50's and 60's TV shows, and B,C, and D Films. He was an active member of the VFW Post #796.

Cremation arrangements were provided by Smith Family Funeral Home of Port Huron. A graveside service and inurnment will take place at Woodland Cemetery in Port Huron Township with military honors conducted under the auspices of the St. Clair County Allied Veterans Honor Guard on Saturday, November 30, 2019, at 11 a.m.
Memorials are suggested to the VFW Post #796 or the American Cancer Society.

To send flowers to the family or plant a tree in memory of Vernon Michael Springer, please visit our Heartfelt Sympathies Store.

Receive notifications about information and event scheduling for Vernon

We encourage you to share your most beloved memories of Vernon here, so that the family and other loved ones can always see it. You can upload cherished photographs, or share your favorite stories, and can even comment on those shared by others. 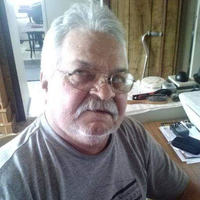